It is amazing that we are already into November of 2013.  Where did the year (summer) go??  As always we are all looking forward to the 2014 fishing on the English River near Ear Falls, Ontario.  Here are a few pictures to hold you over until headed to the Northwood’s next year…. 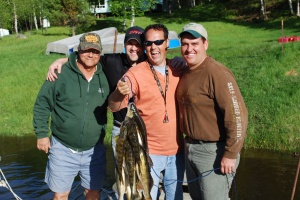 Here is Corey Bisgard, the Spring Sheriff with a 27 inch walleye:

Below is Kevin Henter with his 27 incher!

Here is Josh and gang (Randy seated, Daren behind Josh) with a nice 40+ northern!  Great job Josh, you look worn out after bringing that one into the boat! 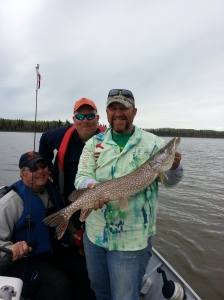 Below is Michael Henter’s big slab of Northern.  It’s almost as big as he is (And Michael is a BIG (tall) guy!)

Another Northern taken, caught by a friend of Eric’s 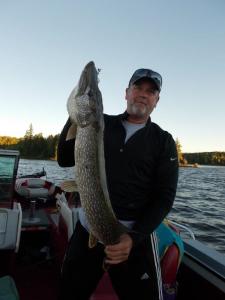 The fishing was excellent all year long.  The best I have seen it in the months of August and September.  Until next year, keep your rod tip up, line tight, and don’t hog’em in…  VT 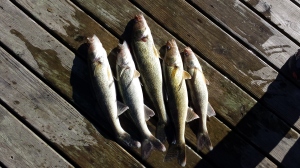